I love Children's literature. My house is filled with stacks and stacks of kids books, because I can't resist trying each new title that falls into my lap at Bookbarn (and it should be pointed out that, due to the influx of books we receive each day, I am too often leaving laden with new books). I love the words, I love the depth of imagination in the stories, I love the way that Children's authors present the world to young people, I love the way that the writing respects the way that Children think, and I absolutely love the illustrations. In another life, I'm sure, in which I am talented with a pencil or paintbrush, I could have been an illustrator. But, woe is me, I have to settle for working in a giant bookshop with lots of cool, creative people. What a shame.

Anyway, I commit the absolute sacrilege that is cutting up books (what! how dare she! I hear you say) on a regular basis, because I love to have framed illustrations in my house. When doing this last, I considered the thought that my favourite illustrator has changed as of late, and then I found myself mulling over my top ten. When I reached it, after much deliberation, I thought I'd share it. So, here it is.

Rob Biddulph is the illustrator for this year (and next year)'s World Book Day, so his little bookmark characters are ingrained into our brains after the celebrations earlier this year. But I'm even more fond of him due to his campaign to fill his daughter's days with imagination. Every day he draws his daughter a personalised illustration for her lunchbox. Tons and tons of drawings of lovable book, cinema and TV characters. I always await his daily tweets, sharing what the drawing is for that day's lunchbox.

Coming in at number nine is the wonderful Shirley Hughes, who illustrated My Naughty Little Sister, Alfie, Dogger, and many others. Her illustrations are warm and kind, with bright colours and soft expressions that give so much life to the characters. She has had a prolific career that has given us many beloved stories.

Jon Klassen is the creator of the absolute brilliance that is I Want My Hat Back. The first time I read this, perched on a little seat in Waterstone's, Wells, I laughed out loud. The drawings of each character are just so brilliant, the widening of the bear's eyes when he realises who has his hat, it's just fantastic. Jon Klassen's illustrations are all like this. I'm a huge fan of the way he uses shapes and earthy, neutral colours to bring life to his stories.

A little stranger than most of the others on the list, though nonetheless brilliant, Arthur Rackham is our number seven. He is best known for his illustrations of classic fairy tales such as Cinderella and Peter Pan. Each illustration is so well layered, so filled with detail and character that you can look at one of them ten times over and still see something new.

I love Charlie and Lola. More than I perhaps should, as a 24 year old. The eyes, the shapes, the lining, the collage, I completely adore it. And Charlie is just about the sweetest thing. Luckily for us, Lauren Child has brought us so much more than just Charlie and Lola. That Pesky Rat is brilliant. Clarice Bean, Humbert Horatio, and Who Wants to be a Poodle? are all wonderful. So incredibly deserving of the Children's Laureate mantel.

Helen Oxenbury reminds me in many ways of Shirley Hughes, perhaps it's the sweetness of her character's faces. However, her illustrations are much softer in colour, and I prefer this to a bright illustration with bold lines. She also created the below image, my favourite illustration of all time. Have you ever seen anything sweeter?

A.A. Milne may have written the characters, but E H Shepard's illustrations are as well known to us as the story itself. His talent wasn't limited to Children's literature, and created many illustrations of war time characters and settings, alongside other projects. His early sketches of Winnie the Pooh never fail to cheer me up.

Moving into the top three, next on my list is Quentin Blake, Roald Dahl's right hand man. His beloved, sketchy illustrations are well known to us all and instantly recognisable. He was also the very first Children's Laureate, which naturally warranted a place on this list. 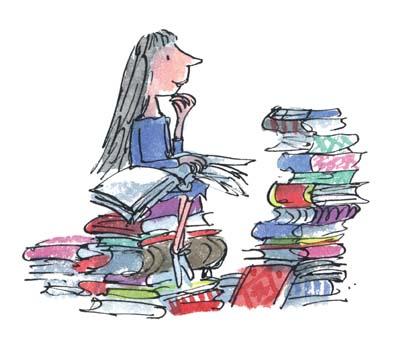 Another illustrator who's name we all know, and who's work, alongside his strange little rhyming couplets, provide inspiration for many both young and old. The world that he has managed to create for children everywhere had him at my number one spot for a very long time.

Chris Riddell has just recently knocked Dr Seuss off of my top spot for favourite illustrator, after I was gifted the edition of Tales of Beedle the Bard that he illustrated. His work seems perfect for the magic of the Harry Potter world, all strange creatures and curly haired wizards. After spending hours on every detail of his Beedle the Bard illustrations, I then purchased the Edge Chronicles (from Bookbarn, of course), and spent hours devouring those too. His illustrations encompass everything that I love in all of the others on this list, and his dedication to his art and to Children's books in general is incredible and inspiring.

To finish, I just wanted to add some new discoveries I've made, who I am currently loving:

I like lots of different kinds of illustration - some bright, bold, some soft and some just downright weird (here's looking at you, Arthur). So, if you've any illustrators you think I missed out, or I ought to have a look at, I very much welcome recommendations.

We Are Proud To Be Participating In The Great Bath Feast 2017!Friday, 8th of September 2017

We are excited to announce that this year Bookbarn's Full Stop Cafe will be part of The Great Bath Feast. This autumn we are coming together with businesses all over Bath and the surrounding area to give locals and visitors the chance to taste new flavours